What people are saying - Write a review

We haven't found any reviews in the usual places.

Carina Dennis and Richard Gallagher, editors at Nature, the world's leading scientific weekly, were central figures in the publication of the seminal research on the sequencing of the human genome, teaming up to handle submission, scientific assessment and editing of the historic research papers that filled the pages of the journal in February 2001.

CARINA DENNIS is Senior Editor at Nature responsible for genetics and genomics, based in Washington DC. Carina originally joined Nature's London office following completion of a PhD at Oxford University in 1996. She moved to Nature's sister journal Nature Genetics, based in New York City in 1997, before rejoining Nature early in 2000.

RICHARD GALLAGHER joined Nature as Chief Biology Editor in the Autumn of 1999. Richard was previously Deputy Managing Editor at Science magazine and Wellcome Trust Lecturer in Immunology at Trinity College Dublin, and has a PhD from Glasgow University. He is currently Publisher of Nature. 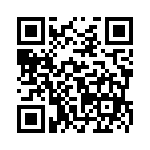